Since its inception in the year 1989 the NGO have covered a long distance of development process in its 26 years work. During this period the organization was able to bring in funds from different sources, which includes mainly the Government sector and Non-government organizations & Trusts. The following flow chart shows the Activity Profile of the Adarsh Shiksha Samiti: 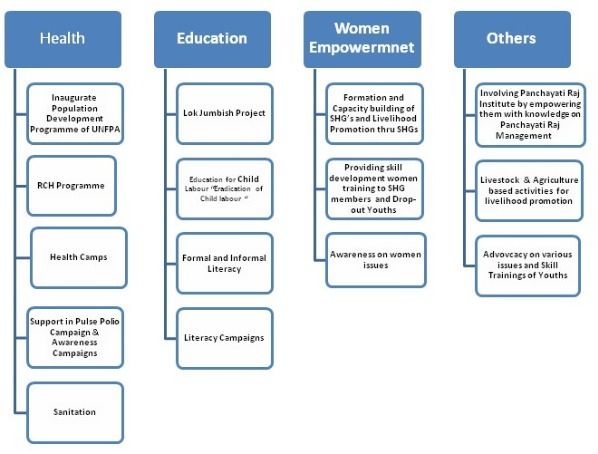